Mr. Amir Muhammad is an accomplished and noted researcher, historian, author, and poet whose works have gained him international recognition. Mr. Muhammad is the president, co-founder and curator of America’s Islamic Heritage Museum a division of Collections & Stories of American Muslims, Inc. (Traveling Exhibit, Archives, & Museum), established in 1996. He is among the foremost historians and researchers of the Islamic experience in the United States as well as one of the leading activists in creating public awareness of America’s rich Islamic history.

Amir Muhammad is an author of eight books, A Life’s Journey from the Heart of A Man; Muslims in America; Seven Centuries of History from (1312-2000); Africans: People of Color in Pre-Islamic & Islamic History; Muslims Contribution to the World; America’s Masajid & Islamic Centers: A Pictorial Account; Muslim Veterans of American Wars; Unique Tombstones: Found Across the United States; and The History of Masjid Muhammad and the Early Muslims in the Washington, DC area. His work has been published in many articles for national and international magazines and newspapers.

The book Muslims in America: Seven Centuries of History has sold over 40,000 copies over the past 10 years, the book still sales very well today.

Mr. Muhammad has more than thirty years of business management and entrepreneurial experience. Throughout his career, he held many management positions for the America’s Islamic Heritage Museum, A&H Books & Gifts, ACLU, AMC, and Masjid Muhammad.

Ms. Muhammad has worked in the museum field for over  30 years. Previously she has worked at the Buffalo History Museum in Buffalo, NY; The Apex Museum, The High Museum of Art and the Atlanta Ballet all in Atlanta, Georgia.

Ms. Muhammad has a BA in Sociology/Psychology from Paine College in Augusta, Georgia. She is also the co-founder and a board member of Collections & Stories of American Muslims 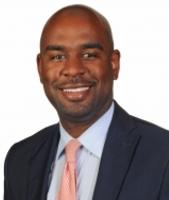 Muhammad Fraser-Rahim is a program officer for Africa programs at the U.S. Institute of Peace.

Mr. Fraser-Rahim's areas of expertise include security sector reform, countering violent extremism (CVE) and community oriented policing in Africa. Prior to joining USIP, Mr. Fraser-Rahim worked for the United States Government for more than a decade providing strategic advice and executive branch analytical support on CVE to the White House and the National Security Council. Mr. Fraser-Rahim has conducted original research in more than 40 countries on the African continent, and has worked as a conflict mediator, ESL instructor and adjunct professor on topics related to Africa, CVE and international relations. He is a Ph.D. candidate at Howard University in African Studies with a focus on Islamic Thought, Spirituality and Modernity, and holds a master’s degree from Howard University in History, and a bachelor’s degree in History from the College of Charleston, Charleston, SC. 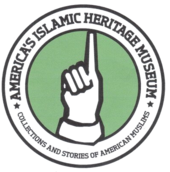 How to get involved

Board of Directors
Advisory Board
Museum Team

He serves as a director of Muslim Media Network Inc. He has served as a Deputy Ambassador of the Republic of Gambia to Saudi Arabia and seven other North African and Middle Eastern Countries, was the founding editor of the American Journal of Islamic Studies, now known as American Journal of Islamic Social Sciences, and was also the President of the Association of Muslim Social Scientists. Dr. Nyang received a Ph.D. degree in Government from the University of Virginia in 1974.

Dr. Sulayman S. Nyang teaches at Howard University in Washington, D.C. where he serves as Professor of African Studies in 1972. From 1975 to 1978 he served as Deputy Ambassador and Head of Chancery of the Gambia Embassy in Jeddah, Saudi Arabia. Following his diplomatic stint, he immigrated to the United States and returned to academic life at Howard University where he later assumed the position of department chair from 1986 to 1993. He also serves as co-director of Muslims in the American Public Square, a research project funded by The Pew Charitable Trusts.

Professor Nyang has served as a consultant to several national and international agencies. He has served on the boards of the African Studies Association, the American Council for the Study of Islamic Societies and the Association of Muslim Social Scientists. Dr. Nyang is listed on the editorial boards of several national and international scholarly journals. He has lectured on college campuses in Africa, Asia, Europe, and the Americas.

Dr. Nyang has written extensively on Islamic, African and Middle Eastern affairs.  His best-known works are Islam, Christianity and African Identity (1984), A Line in the Sand: Saudi Arabia’s Role in the Gulf War (1995) co-authored with Evan Heindricks, and Religious Plurality in Africa co-edited with Jacob Olupona. His last book was Islam in the United States of America (1999).  Professor Nyang has also contributed over a dozen chapters in books edited by colleagues writing on Islamic, African and Middle Eastern subjects. His numerous scholarly pieces have appeared in African, American, European and Asian journals.

Preserving Our History, Honoring Our Past, Ensuring Our Future